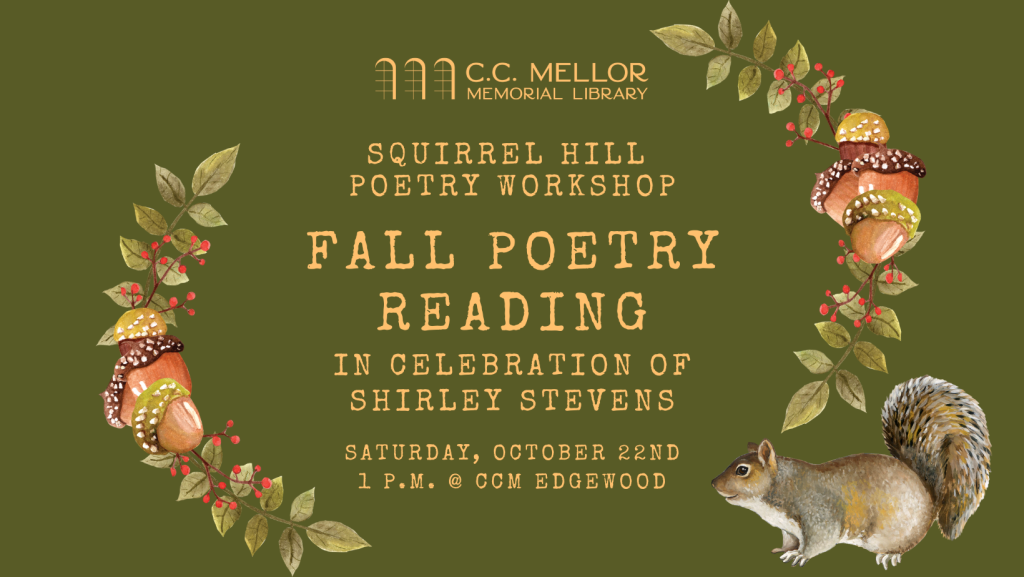 Join the Squirrel Hill Poetry Workshop for their annual Fall Poetry Reading on Saturday, October 22nd at 1 p.m. at CCM-Edgewood. This year’s reading is dedicated to Shirley Stevens, a member of the Workshop who passed away earlier this year.

Shirley Sue Stevens, 82, formerly of Sewickley, passed away at her home, Monday, April 25, 2022. She was the daughter of the late Samuel and Esther Trudell Stevens; and sister of Stuart Stevens and the late Stephen Paul Stevens. Shirley was a graduate of the first graduating class of Quaker Valley in 1957, and went on to teach there from 1961-2001, when she was awarded the Teacher of Excellence Silver Award. She was a member of St. David’s Christian Writers Association, the Pittsburgh Literary Society and the Squirrel Hill Poetry Group.

It’s getting mighty spooky around here!

C.C. Mellor Investing In Our Youth With New Outreach Assistant

CCM is Funded By